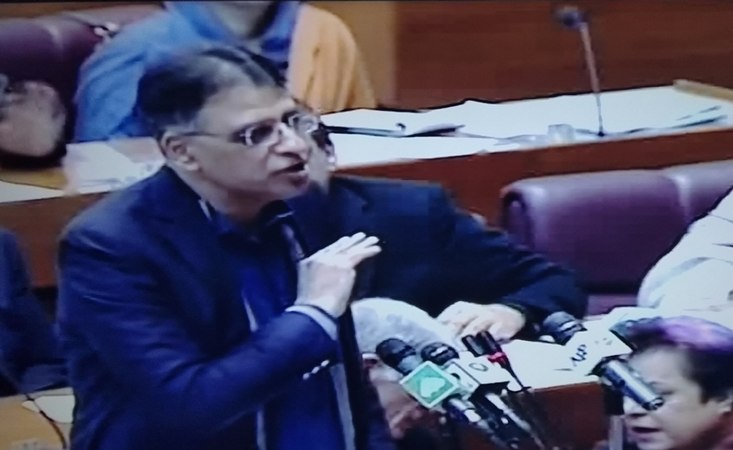 ISLAMABAD: Finance Minister Asad Umar on Friday chaired the 5th meeting of the 9th National Finance Commission (NFC) that was held in at Lahore.

The six sub-groups, formulated during the first meeting in February, gave presentation on various aspects of resources distribution as per the terms of reference assigned to the groups.

The main focus of all sub-groups’ deliberations was transparency, harmonization and sharing of data.

The members of the Commission appreciated the work done by the six sub-groups in their first meetings.

It was agreed that the sub-groups would continue their deliberations and present their reports in the subsequent meetings.

The Chairman suggested that deliberations should also include incentives for poverty alleviation and social sector spending.

The representative of Government of Khyber Pakhtunkhwa proposed a framework for NFC deliberations aiming at equalizing fiscal resources across federating units, equal access to public services for all citizens of Pakistan and expenditure efficiency at all levels of the federation.

All members agreed on the framework and lauded the efforts of the Government of Khyber Pakhtunkhwa in this regard.

The Chairman emphasized the importance of a well deliberated and consensus based National Finance Commission Award and said that all federating units shared a huge responsibility in that regard.

The meeting agreed to make efforts to finalize the NFC Award by December 31, 2019. It was also agreed to hold the next meeting, before end of April, 2019, which would focus on FATA and the taxation aspects of ease of doing business.

The Chairman reiterated that provincial governments will be engaged in the fiscal related discussion with the IMF.

He also suggested that each federating unit should nominate a focal person for data sharing to facilitate the working sub-groups.

He also stressed for strengthening NFC Secretariat and said that necessary measures would be taken in that regard.

Technical members from Sindh and Khyber Pakhtunkhwa volunteered to submit a proposal in this regard.