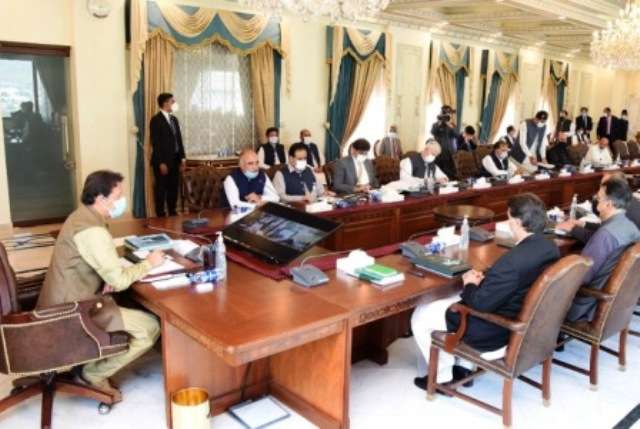 ISLAMABAD: Prime Minister Imran Khan on Monday chaired a meeting of the National Economic Council. Chief Ministers of all the Provinces and other members of the NEC participated in the meeting.

The NEC approved the Macroeconomic Framework for Annual Plan 2021-2022. The NEC also approved the GDP growth projections for the financial year 2021-2022.

The Council was informed that the focus of PSDP will be on Infrastructure improvement, Water Resources Development, Social Sector improvement, Regional Equalization, Skill Development, promotion of Science & Technology, and IT, as well as Climate Change mitigation measures.

The meeting was informed that the PSDP would cater to the government’s plans to increase focus on lagging areas and regions. For this purpose, sufficient allocations have been made for projects of South Balochistan, various districts of Sindh, as well as for Gilgit Baltistan.

Allocations have also been made for infrastructure projects of South districts of Punjab.

Similarly, an allocation of Rs. 54 billion has been made for the newly merged districts of KP.

In the Social Sectors, Higher Education Commission has been allocated Rs. 42 billion.

NEC was informed that with the operationalization of the PPP Authority, a number of PPP projects are also being expeditiously processed for implementation. These include Sukur-Hyderabad Motorway and Sialkot-Kharian Motorway, which are at an advanced stage. While other major projects such as Karachi Circular Railway (KCR), KPT-PIPRI Freight Corridor, Kharian – Rawalpindi Motorway, Balkasar – Mianwali Road, Quetta – Karachi – Chaman Highway are also likely to be launched during the year.

The Government has, for the first time ever made an allocation of Rs. 61 billion in PSDP for financing the viability gap of PPP projects, to make sure that PPP projects can be successfully implemented.

Addressing the meeting the Prime Minister emphasized on increasing the pace of implementation of development projects to ensure that the gains made through stabilization of the economy could be translated into economic growth resulting in the well-being of the people of Pakistan.