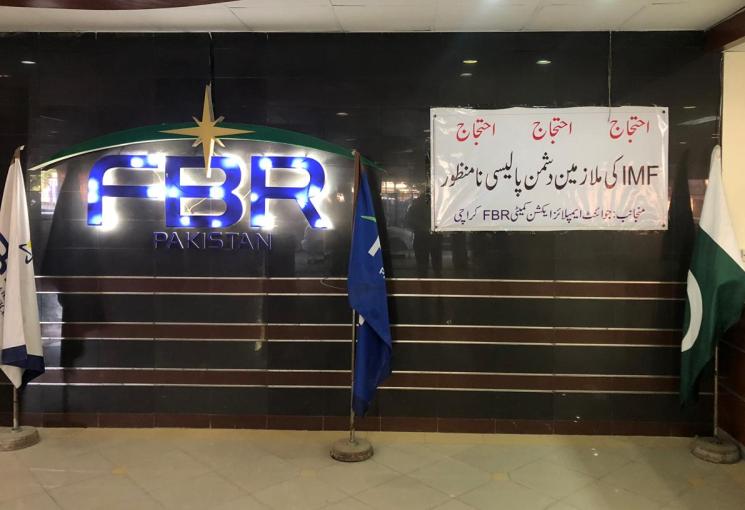 KARACHI: The officials of Federal Board of Revenue (FBR) have protested against new reform program planned by the government, which may result in layoff in the revenue body.

The officials at the Income Tax Building Karachi on Friday displayed protest banners around the building to express their resentment against the reform plan, which can cause surpluses of staff. 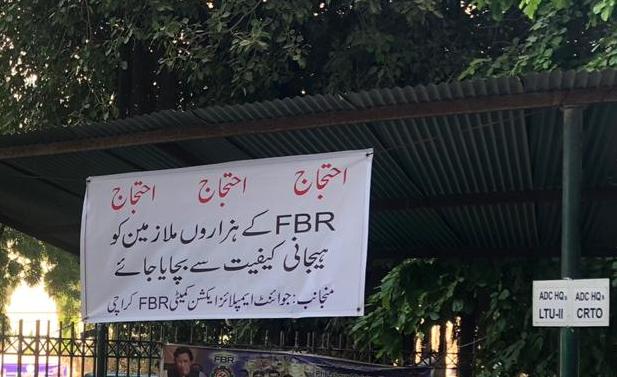 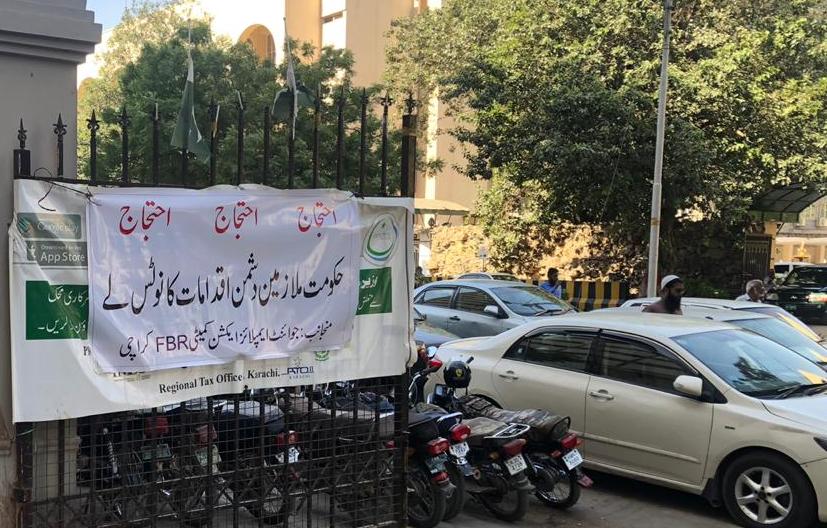 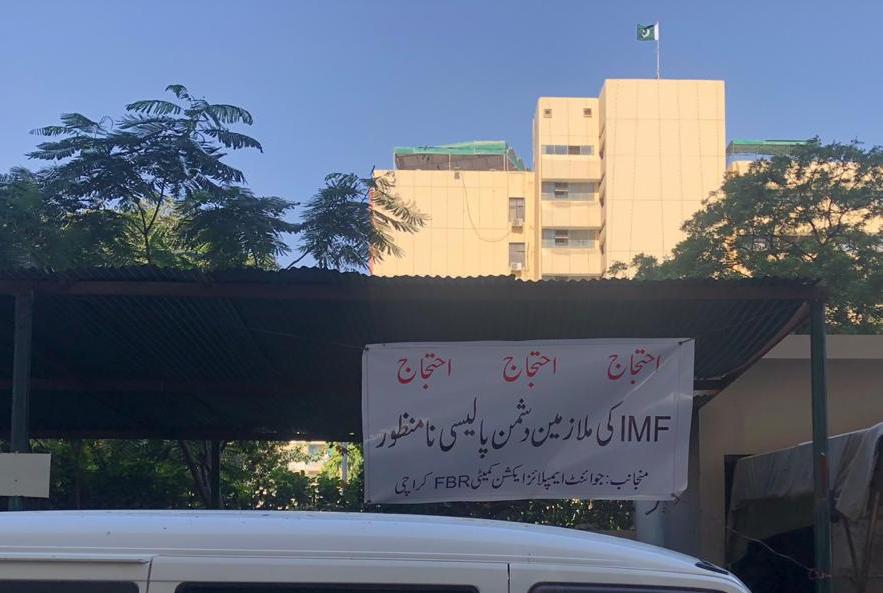 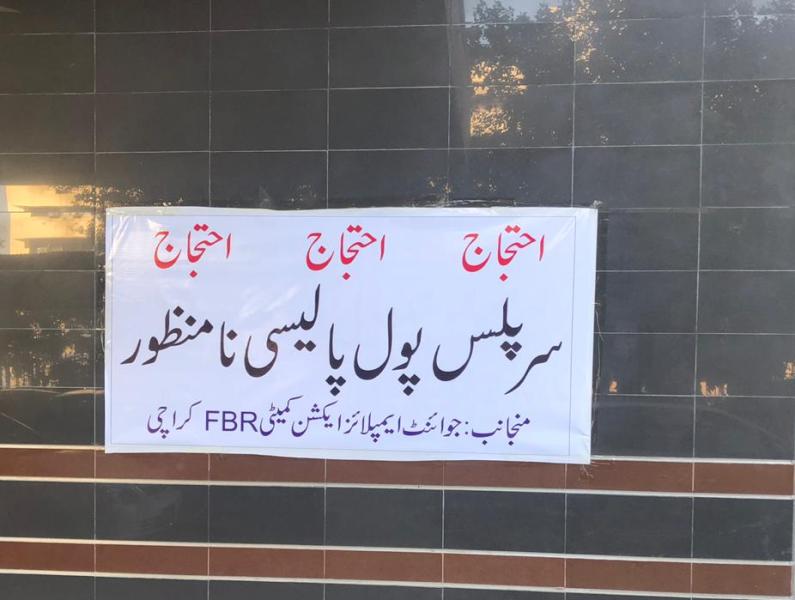 The officials through banners expressed their displeasure against IMF linked policy in Pakistan.

The officials are protesting against news reports which said around 10,500 IRS officials would become surplus in the new system.

The sources in the tax office said that for the past many years the government had banned new appointment in the FBR and the many of the existing staff were on verge of retirement.

FBR Federal Board of Revenue protest