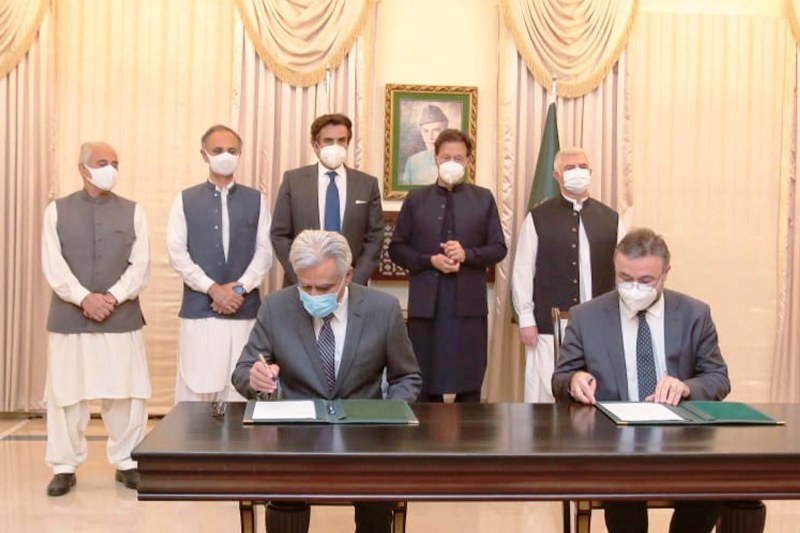 This is concessional financing being provided by the World Bank for the two projects to support hydropower and renewable energy development in Khyber Pakhtunkhwa, evacuation and transmission of power from DASU Hydropower Project.

The project’s development objective is to increase renewable energy generation and strengthen the capacity of associated institutions in Khyber Pakhtunkhwa.

The project will support the

(i) construction of 88MW Gabral-Kalam Hydropower Project; and

The objective of the project is evacuation and transmission of power from 2160 MW Dasu Hydropower (Phase-I) Project to respective load centers of DISCOs by construction of 765 kV double circuit transmission line from DASU HPP to Islamabad via Mansehra.

It will also facilitate in evacuation of power from new upcoming projects in that area. Noor Ahmed, Secretary, Economic Affairs Division signed the two loan agreements on behalf of Government of Pakistan while the representatives of Government of Khyber Pakhtunkhwa, WAPDA and National Transmission & Dispatch Company (NTDC) signed their respective project agreements.

Prime Minister Imran Khan stated that Pakistan values its partnership with the World Bank and the Government will continue with the objective of socio-economic uplift of the people of Pakistan.

The Country Director of WB reiterated his commitment to support Pakistan and appreciated the government’s resolve, efforts and measures in the fight against COVID-19 and continuing efforts for structural reforms.

Makhdum Khusro Bakhtyar, Minister for Economic Affairs, while thanking the World Bank for its continued support, said that Government of Pakistan is committed to continue the structural reforms process in the country.