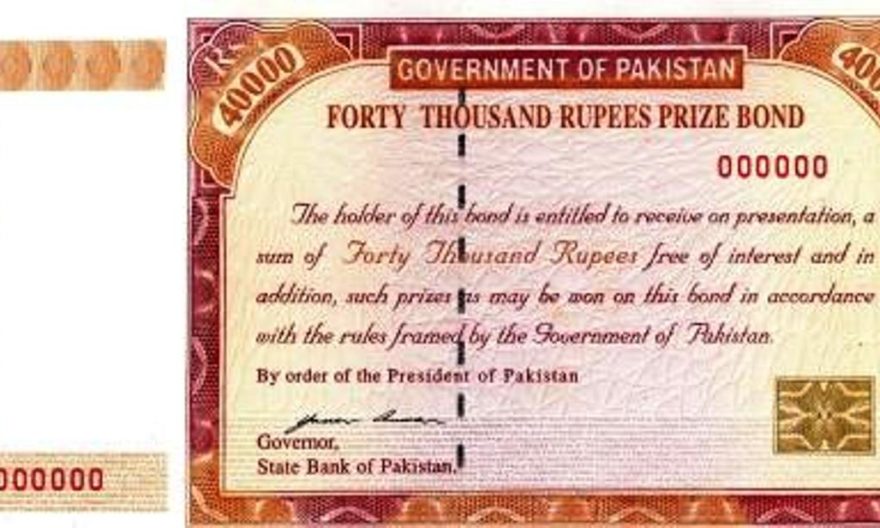 KARACHI: The investment in premium prize bonds has surged by 228 percent to Rs19.21 billion by March 2020 as compared with Rs5.86 billion by the same month a year ago.

According to latest data released by State Bank of Pakistan (SBP) the investment in registered prize bonds of Rs40,000 denomination had posted phenomenal growth following the government initiative to register all bearer prize bonds.

The substantial growth in premium prize bonds has been seen after the government discontinued the circulation of bearer bonds of Rs40,000 denomination prize bonds.

Further to make the instrument attractive the government also announced bi-annual profit, which transferred directly to the bond holders.

However, the acceleration in investment in this registered prize bonds was seen from July 2019 after the announcement of the government on June 24, 2019 to discontinue the bearer bonds of Rs40,000 denomination.

The bearer bonds of Rs40,000 will be completely discontinued for legal tender by March 2020, which has been extended till June 30, 2020 in the wake of COVID-19 pandemic.

A massive withdrawal of investment has been seen in the bearer instrument as the total investment which was at Rs258 billion in May 2019 reduced to meager Rs2 billion by March 2020.

Since withdrawal of investment from bearer bonds was allowed only through prescribed mode, therefore the money had become part of documented economy.

The total investment into the saving certificates increased to Rs2.46 trillion by March 2020 as compared with Rs2.16 trillion in the same month a year ago.

The third mode of exchange the bearer bonds was direct transfer to bank accounts. This has reflected that the deposits of baking system increased to record high of Rs15.12 trillion by March 2020 as compared with Rs13.45 trillion by end of same month a year ago.

The investment was also witnessed increase due to measures of the government to document all instruments of National Saving Schemes as per conditions of Finance Action Task Force (FATF).

In this regard the ministry of finance notified National Savings Schemes (AML and CFT) Rules, 2019.

Under these rules the CDNS through third party will conduct Know Your Customer (KYC) and Customers Due Diligence (CDD) of all existing and new investors.

The CDNS will ask all the investors about their annual investment and source of earnings under KYC and CDD in order to ensure clean money invested in the schemes.