A separate declaration for immovable property income has been allowed only for those returns filed prior October 13, 2022. 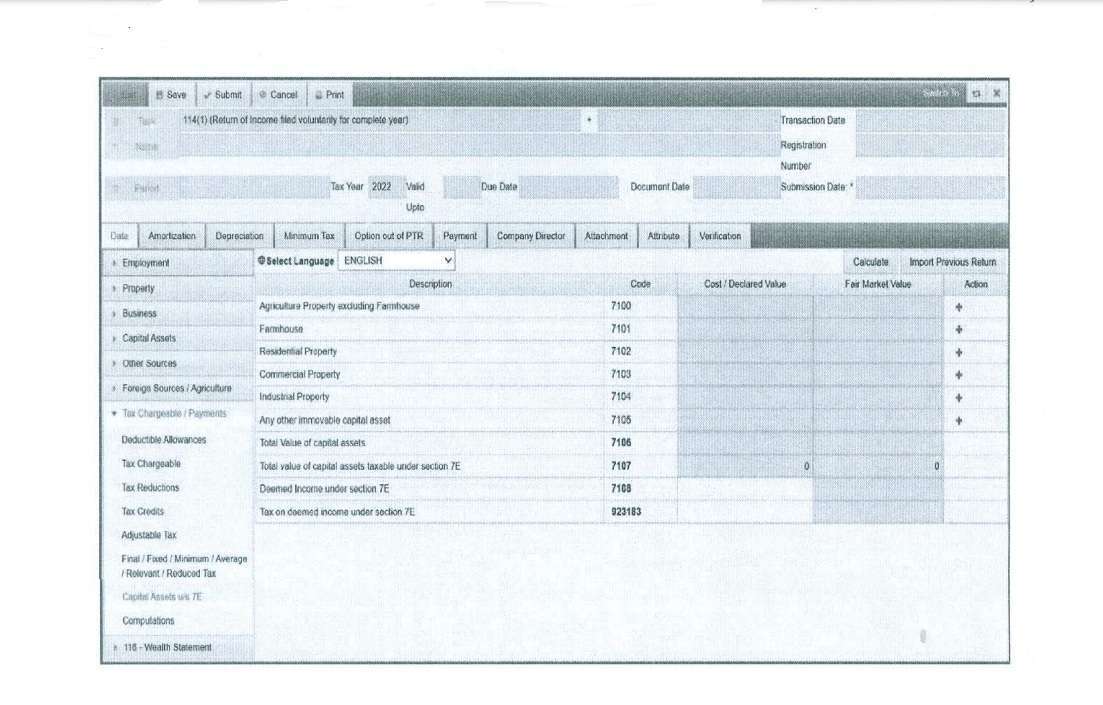 According the FBR, a new section 7E has been introduced through Finance Act, 2022 whereby for tax year 2022 and onwards, a resident person is treated to have derived income equal to five percent of fair market value of the capital assets situated in Pakistan which will be chargeable to tax at the rate of 20 per cent under Division VIIIC of Part I of First Schedule of the Ordinance.

Following exclusions have been provided to which this section will not apply:

(i) One capital asset owned by the resident person;

(ii) Self-owned business premises from where the business is carried out by the persons appearing on the active taxpayer’s list at any time during the year;

(iii) Self-owned agriculture land where agriculture activity is carried out by the person but excluding farmhouse and annexed land. Farmhouse has been defined in this section;

(a) A Shaheed or dependents of a Shaheed belonging to Pakistan Armed Forces;

(b) A person or dependents of a person who dies while in the service of Pakistan armed forces or federal or provincial government;

(c) A war wounded person while in service of Pakistan armed forces or federal or provincial government;

(v) Any property from which income is chargeable to tax under the Ordinance and tax leviable has been paid;

(vi) Capital asset in the first year of acquisition on which tax under section 236K has been paid;

(vii) Where fair market value of the capital assets in aggregate excluding capital assets mentioned in serial nos. (i) to (vi) above does not exceed rupees twenty-five million;

(ix) Capital assets owned by local authority, a development authority, builders and developers for land development and construction subject to the condition that such persons are registered with Directorate General of Designated Non-Financial Businesses and Professions.

Tags FBRFederal Board of Revenue

Payment of default surcharge on due date failure

Prices of essential items surge by 28% in Pakistan