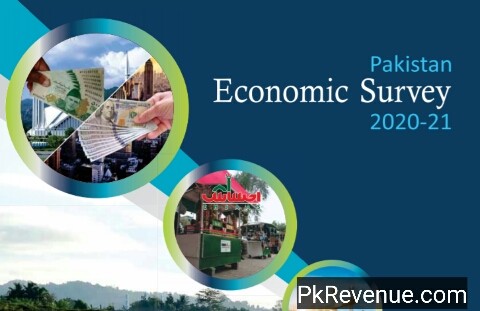 ISLAMABAD: The fiscal sector has witnessed significant challenges due to additional expenditures made to lessen the negative impact of COVID-19, according to Economic Survey of Pakistan released on Thursday.

The FBR tax collection witnessed a significant rise in ten months. During July-April, FY2021 the total collection grew by 14.4 percent to stand at Rs 3,780.3 billion against Rs 3,303.4 billion in the same period of FY2020. Encouragingly, the tax collection surpassed the target by more than Rs 100 billion during the period under review.

The revenue performance is not only a reflection of growing economic activities without any disruption even in the wake of the third wave of COVID-19, but it also suggests that the efforts to improve the tax collection through various policy and administrative reforms are bearing the fruits.

The non-tax revenues stood at Rs 1,227.6 billion during July-March FY2021 against Rs 1,324.4 billion in the same period of last year, showing a decline of 7.3 percent. The decline is mainly attributed to the absence of a one-off renewal fee for GSM licenses from telecommunication companies.

The efficient expenditure management effectively curtailed the overall expenditures during the current fiscal year. Total expenditures grew by 4.2 percent during July-March FY2021 as compared with the growth of 15.8 percent observed in the same period of FY2020.

Presently, the fiscal policy measures are mainly focused on relief measures to support businesses and to protect vulnerable segments of society. Simultaneously, the government is focused on containing the fiscal deficit at a manageable level and keeping the primary balance at a sustainable level. The fiscal performance during the first three quarters of FY2021 is satisfactory.

However, challenges to fiscal performance still persist which largely depend on the domestic and international evolution of COVID-19 and its perils for the economy. Nevertheless, effective revenue mobilization and prudent expenditure management strategy would be supportive in coping with these challenges.